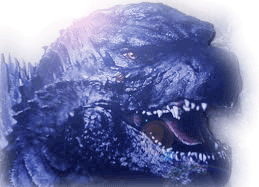 The history of Godzilla goes back to 1954 and was inspired by the re-released movie“King Kong” and other Hollywood hits of the early 1950s, the film producer Tomoyuki Tanaka of Toho Studios decided the time was right for Japan’s first monster movie. The end result was the tale of the mutant beast, created from nuclear testing, that emerges in the watery depths and attacks and Pacific Japan. The sea-monster’s name? “Gojira,” a combination of “kujira and “gorilla”,” a Japanese word for whale, or because it was later converted into English, “Godzilla.” Sixty years following its Tokyo premiere, we find out about the real-life drama that inspired  the first “Godzilla and the movie’s value amid Cold-War-era nuclear hysteria.

“King Kong,” the 1933 movie re-produced in 1952, and “The Creature from 20,000 Fathoms” (1953) were one of the Hollywood movies that inspired Tomoyuki Tanaka of Toho Studios to create a monster movie of their own. In order to generate the fearsome Gojira, the filmmakers also drew from the real-life drama happening on earth at that time. Less than a decade earlier, Allied forces had dropped atomic weapons on Nagasaki and Hiroshima, producing terrible accidents to thousands and killing some 120,000 people immediately. Defeat, which was unthinkable for Japan, came to them. To make matters worse, the struggle with Korea and Cold War tensions had lifted the specter of atomic warfare all over again.

While in the first moments of “Gojira,” led by Ishiro Honda, several ships were swallowed up by the churning ocean, a direct allusion to the cut-from-the-statements tale of Lucky Dragon No. 5. The radioactive creature who emerges from the dunes and was a on a rampage throughout the the Western country, was finally destroyed with a super weapon called an “oxygen destroyer.” The gun saves Japan from total destruction, but Gojira ends up being a remarkably sympathetic victim of the true villain: nuclear technology, the destructive power that creates a danger to all humankind.